Despite the EU having some of the best health care systems in the world, 7.1% of all patients contract a health care-associated infection every year. Due to this, 37 000 people die every year as a direct result of the nosocomial infections; an additional 111 000 die every year due to infections.

Not only does it kill a lot of people, it also generates approximately 16 million extra days of hospital stays yearly, which costs the EU around €7 billion every year. And that is only the cost of health care, not including indirect costs such as loss of income and physical/emotional pain.

The Swedish National Board of Health and Welfare estimates that 20% of deaths can be prevented by improving the routines dealing with hygiene in the health care system; despite the fact that the leading solutions for surface sanitation are proven to have no effect at all against bacteria such as Clostridium difficile – the bacteria that in this context is the leading cause of death.

At LifeClean, we know that it is possible to save a lot more than 20%, if we combine better hygienic routines along with a more effective solution for surface sanitation. That is why we, in collaboration with scientists from “Laboratoriemedicinska Länskliniken” at the University Hospital in Orebro, Sweden, have developed a product line that consists of a patented

Clostridium difficile is a bacterium with the ability to form spores that can survive for a long time in almost every environment, which clearly increases the risk of spreading the infection to others. The infectious problem is made worse by spores not dying during cleaning with existing solutions. Because of this, Clostridium difficile has thrived at hospitals all over the world and brought serious outbreaks of infected people.

Methicillin-resistant Staphylococcus aureus (MRSA) is a public health hazard that people have an obligation to report. Infections with MRSA are hard to treat. Often, only expensive intravenous antibiotics help. Once it gains a foothold in a hospital the pathogen is almost impossible to eradicate. Today the disease is part of the normal flora in many hospitals. Highly concentrated MRSA is eliminated completely by LifeClean at low concentration levels.

Extended-spectrum Betalaktamsases (ESBL) is a growing antibiotics resistance problem. Patients that carry bacteria with the ESBL-enzyme are risking a poor effect on treatment with many important antibiotics, like penicillin and cephalosporin. Some common infections that are made worse by the ESBL-bacteria are: urinary tract infection and infections caused by surgery or sepsis. ESBL is completely eliminated by LifeClean at low concentration levels.

VRE – Has the ability to develop resistance against all known antibiotics

A special effort should be put towards the elimination of Vancomycin-resistant Enterococcus (VRE) in the intensive care, since Vancomycin is a very important antibacterial agent. Enterococcus is a group of gram-positive, facultative anaerobic bacteria that belongs to the normal gut flora but can colonize in e.g. wounds, heart valves, and urine catheters – especially in people that are immunocompromised or have some kind of alien substance in their body. VRE is completely eliminated by LifeClean at low concentration levels. 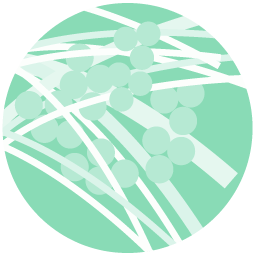 This is a widespread bacterium that in healthy individuals rarely leads to anything worse than diarrhea and eye infections. But for those who already are immunocompromised, the risk of contracting something more serious is greatly increased. Especially people with burn injuries are vulnerable and have a heightened risk of pneumonia and sepsis. Pseudomonas aeruginosa is completely eliminated by LifeClean at low concentration levels.

Acinetobacter baumannii – One of the hardest to treat

Norovirus is the most common cause of the stomach bug, causing severe vomiting and diarrhea. Norovirus is extremely contagious and affects young and old alike. Since we are indoors a lot more during November-April the virus is more easily transferred from person to person and that is when most outbreaks occur. With LifeClean, the virus is completely eliminated at low concentration levels.